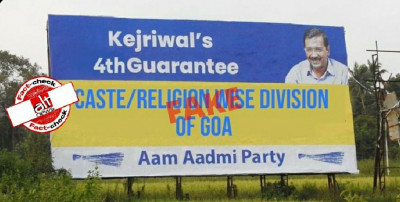 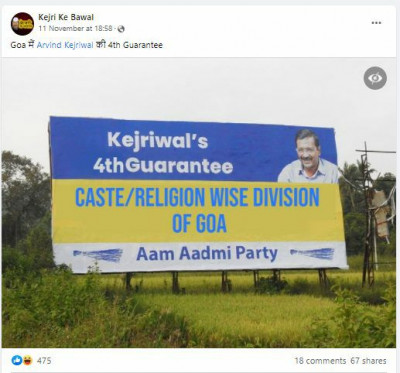 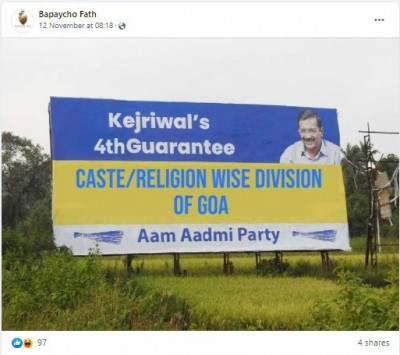 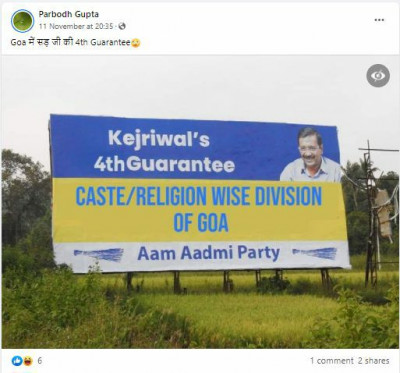 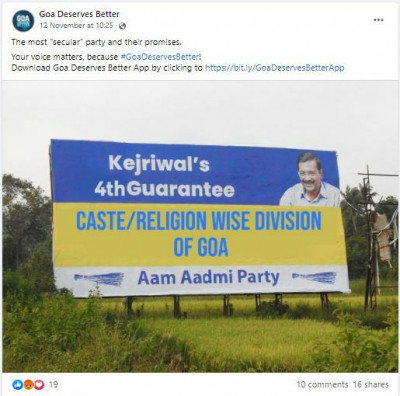 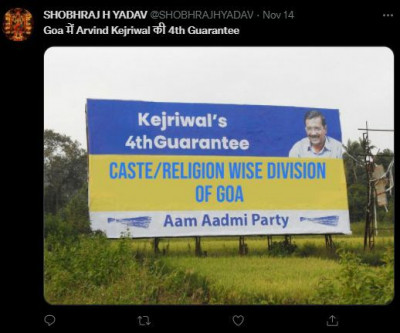 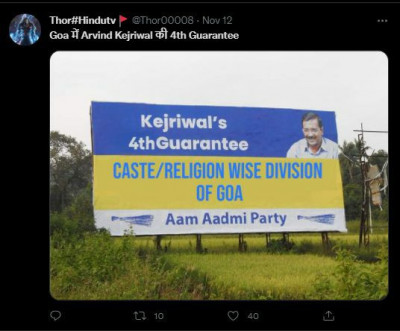 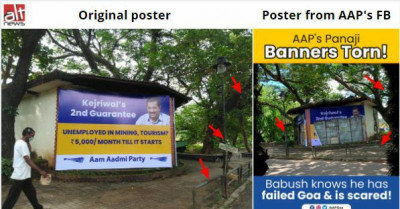 A purported billboard has been making the rounds on social media. It has been claimed that Aam Aadmi Party (AAP) installed a billboard that promises to divide Goa on the basis of caste and religion if the party comes to power next year. Facebook page ‘Kejri Ke Bawal’ shared the photo.

A few other users also amplified the picture of the billboard.

Morphed image
Alt News performed a reverse image search and came across a report by The Goan dated October 18, 2021 containing the image. However, the billboard seen in this version features a different election guarantee of Rs 5000 monthly allowance for unemployed people in the mining and tourism sectors.

A September 21 Indian Express report quoted Kejriwal announcing the unemployment allowance. “Kejriwal said the party will also provide an unemployment allowance of Rs 3000 per month to the families that have an unemployed youth and Rs 5000 per month to the families dependent on mining and tourism until their jobs are restored,” according to the report.

Similar posters installed by AAP were shared on Facebook (Link 1, Link 2). One of them also appeared in a local newspaper.

Furthermore, AAP had installed the same poster at another location in Goa. A Facebook user had shared an image of the billboard on October 10. The poster was torn and AAP had uploaded an image on Facebook the following day. The two images in the collage below show the same location from different angles. The similarities have been marked.

To sum it up, social media users circulated an edited image of an AAP billboard.