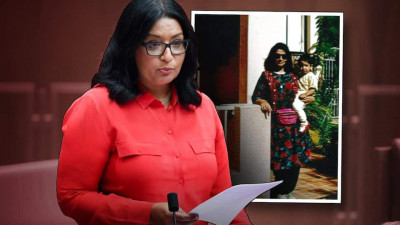 Mehreen Faruqi gave up her Pakistani citizenship to stand for parliament and says it’s something no one else should have to go through.

“I filled out the form, I signed it, and I put it in my drawer. It was that hard for me to actually submit that form, ” she told the SBS Our House podcast.

The Deputy Greens leader arrived in Australia from Pakistan in 1992 with her husband and son.

She worked as a civil engineer and university lecturer in Sydney before joining the Greens in NSW Parliament a decade later.

Senator Faruqi says the process of renouncing her dual citizenship was harder than she thought it would be, and almost made her reconsider.

“As I was filling out that form, writing out the history of my family — you have to talk about your parents and your grandparents,” she said.