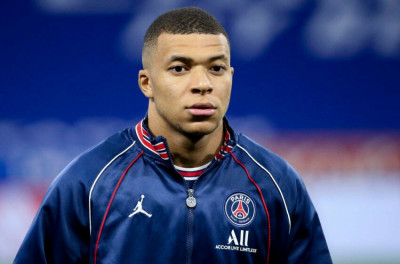 Kylian Mbappe has revealed that he held transfer talks with Liverpool prior to signing a lucrative new contract at Paris Saint-Germain, with discussions having now taken place with the Reds on two occasions in his career to date.

A World Cup-winning forward was widely tipped to depart Parc des Princes this summer as a free agent, with Real Madrid seemingly leading the race for his signature – with GOAL confirming that terms were agreed with La Liga heavyweights at one stage.

Mbappe dashed the dreams of those hoping to lure him away from France when committing to fresh terms through to 2025, with Premier League heavyweights at Anfield among those forced to wait on another window of opportunity swinging open.

This is not the first time that Mbappe has become the subject of intense speculation when it comes to future plans, with a move away from Monaco lined up in 2017 after bursting onto a senior scene.

He ended up joining PSG in the same window as Neymar completed his record-breaking €222 million (£200m/$262m) switch from Barcelona, with discussions once again held with Liverpool at that stage.

Mbappe added on interest from Merseyside, and why his family would like to see him head there: “I talked to Liverpool because it’s the favourite club of my mum, my mum loves Liverpool. I don’t know why, you will have to ask her.