Manchester United stunned by the Wanderers at the Old Trafford 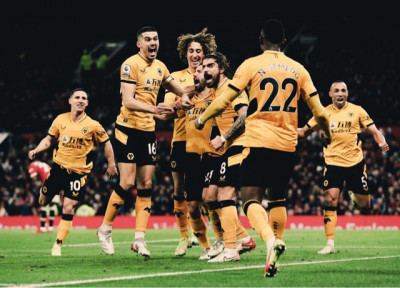 Manchester United started the new year with a loss against Wolverhampton Wanderers also known as the Wolves as well as the Wanderers. United was underperforming against the wolves at Old Trafford. It was the first loss under their Interim manager, Ralf Rangnick.


Phil Jones was one of the surprises in the starting lineup of Manchester United. He featured in a Premier League game after a span of nearly 2 years. He was paired with Varane in the centre back position. The Red Devils had a formation of 4-2-2-2 whereas the wolves were having a formation of 3-4-3.


Joao Moutinho goal in the 82nd minute was enough for the Wolves to grab their first victory at Old Trafford since 1980. They deserved the three points and Manchester United are again in pretty bad shape.


The players are failing to link up at the top to score goals. Players like Cavani, Ronaldo and Rashford aren’t able to create any goals which are leading to the downfall of the team.