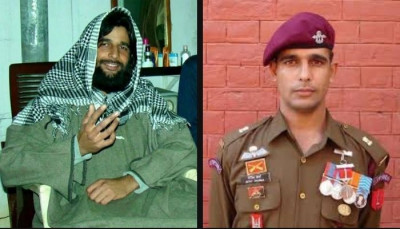 Major Sharma lived among terrorists for two weeks, and got to know their real plans. Later he killed 2 of those terrorists and foiled their anti-India plans.

In another incident, Major Sharma killed 4 terrorists and saved his wounded colleagues. Unfortunately, Sharma couldn’t survive this operation and succumbed to his bullet injuries.

These are our real heroes. These are the men who defend us against our enemies.

A movie based on the life of Major Mohit is on the cards titled ‘Iftikhar’. The movie is an adaptation of the first chapter of journalist Shiv Aroor and Rahul Singh’s book India’s Most Fearless 2: More Military Stories of Unimaginable Courage and Sacrifice.


Major Mohit Sharma is one of the true superheroes of the real world and his bravery needs to be celebrated and cherished, especially more so on his birt.hday. Here’s to a true nationalist who gave it all, annihilated enemies and kept his country safe for people like us