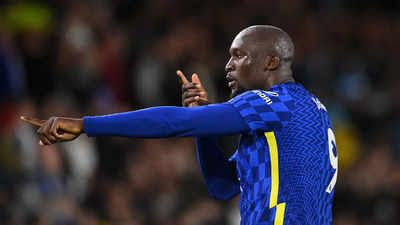 Chelsea striker Romelu Lukaku will rejoin Inter Milan on a one-year loan deal after a disappointing spell with the Premier League club, according to reports on Tuesday.

Inter are reported to have negotiated an eight million euro ($8.4 million) loan fee to sign Lukaku, who reportedly agreed a pay cut to leave Stamford Bridge.

People at Stamford Bridge would be happy that they've gotten rid of Lukaku as he had proven himself to be quite a downgraded striker from the one we had seen in Serie A in the previous year.

Lukaku had his share of disagreements with the Chelsea Gaffer, Thomas Tuchel, so it is actually a blessing in disguise for both Thomas and Romelu!!