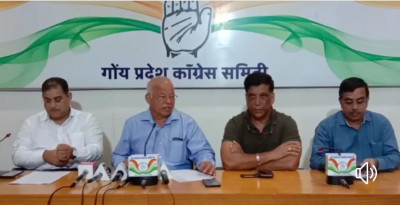 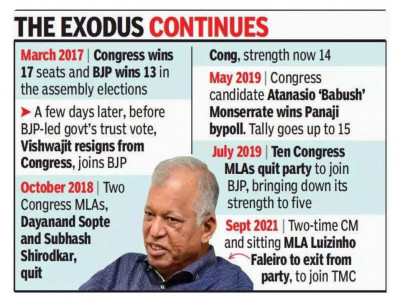 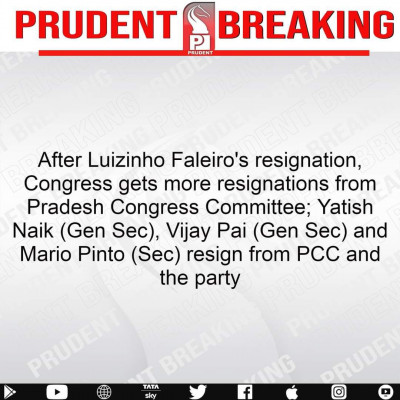 Springcleaning of sorts for Congress in Goa as privileged chamchas exit

Reading your article it seems Congress is going to do dismal performance in Goa as Luzinho already joined TMC n few leaders to AAP.

So former Goa CM, former GPCC President Luizinho Faleiro resigns as MLA months before Assembly Elections 2022. After quitting from the Legislature, asked about quitting the party he said, “Definitely not. I belong to the Congress family and I will always be there with Congress, but I have resigned as MLA because I dream to build, consolidate, strengthen and unify the Congress family at the state and national level”. Minutes later his resignation from the Party along with two General Secretaries Yatish Naik and Vijay Pai and Secretary Mario Pinto was received by Goa Congress. Diabolical isn’t it? And that has always been the Luizinho era. And whatever may you say, there is going to be no earthshattering consequences to Congress’ fortunes.

Congress in Goa is undergoing autophagy which is the body’s way of removing dysfunctional cells as an evolutionary self-preservation mechanism. From a party that was run from a comfortable couch of GPCC President home or Congress CM’s chamber to a party meeting again and again to take stock of who is doing what, Congress in Goa has been on a course corrective mode since Dinesh Gundu Rao took over as AICC in-charge. While the party seniors including Faleiro, Pratapsingh Rane and Ravi sat entrenched in their comfort couch waiting for another bout of post-Parrikar anti-incumbency to send Congress back into power’s reach, AICC had other plans. Young Girish Chodankar as GPCC President has been retained against all pressures because the party knows it has losing MLAs but winnable new entrants.

A host of new entrants such as AAP Chief Elvis Gomes, former Tourism Minister Mickkey Pacheco, AAP’s Olencio Simoes etc have come in a host of new young Turks have risen in various constituencies and joined Congress to wipe the moniker of party of oldies as the corrupt have already left to join BJP.

Luizinho’s departure is of no consequence because the man who lost to him last election Avertano Furtado is all set to join Congress and Faleiro himself faces anti-incumbency as he did not allow even the party organisation to function at the local level. What he took away with himself were political nobodies.