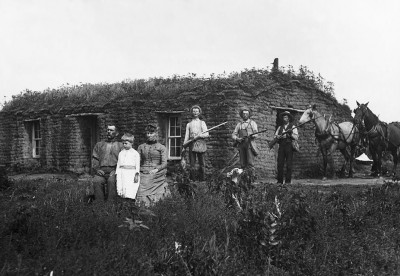 The United States has struggled with a spate of horrific mass shootings. As is often the case, people try to make sense of the violence by talking about what happened.

The discussion usually gravitates toward two familiar poles: gun control on one end, and personal liberty on the other. But despite all the talk, not much changes.

We are scholars of communication who study how rhetoric shapes politics and culture – particularly how the stories Americans tell about the country and its past continue to shape the present. The nation’s failure to prevent such frequent mass shootings is, we suggest, partially a product of how American society commemorates and talks about guns.

Imagining the ‘Wild West’
An excellent example of how American culture tells the story of guns is the Cody Firearms Museum in Wyoming: home to “the most comprehensive collection of American firearms in the world” and subject of an academic article we coauthored with colleague Eric Aoki in 2011. We have continued this research as part of a book project.

Featuring more than 7,000 weapons, the museum is part of the Buffalo Bill Center of the West. The center’s namesake, 19th-century rifleman and showman Buffalo Bill, popularized the story of the “Wild West” that is still familiar to Americans today – one where guns were central.

Stories, of course, are never neutral. They include and exclude certain details; they highlight some aspects of a thing and downplay others. They distill the great complexity of our world into manageable and memorable bits that guide how we understand it.

So it matters what U.S. museums have to say about guns. Based on multiple research visits to the Cody Firearms Museum over the past decade, we have identified three foundational narratives about guns – stories that we argue get replayed in the present-day rhetoric about firearms.