Lionel Messi, first time since 2005, not among Ballon d’Or nominees 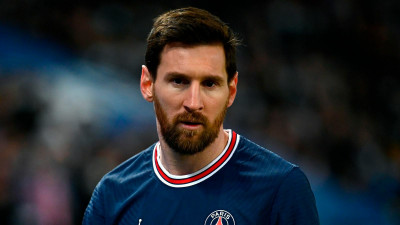 Seven-time winner of the Ballon d'Or For the first time since 2005, Lionel Messi was left off of the 30-person list of contenders for the prestigious prize on Friday. After a lacklustre debut season with Paris Saint-Germain, the Argentina great missed out on the Ballon d'Or this year after defeating Robert Lewandowski of Poland.

The award, which the 35-year-old forward also received in 2019, was not given out in 2020 due to the COVID-19 epidemic. Neymar was also left off this time. The award will be presented on October 17.

Mané and Joshua Kimmich, teammates at Bayern Munich who assisted Senegal in winning its first African Cup before Mané left Liverpool for Bayern, are both featured. A group of six Real Madrid players is led by Benzema. The others are Antonio Rudiger, Thibaut Courtois, Vinicius Junior, Luka Modric, and Casemiro, who was just signed.

The award is now given based on performances over the length of a normal European season rather than a calendar year, among other changes announced in March. Other adjustments made with the intention of expediting the process included a decrease in the number of votes. Voters will also no longer take a player's professional achievements into account.