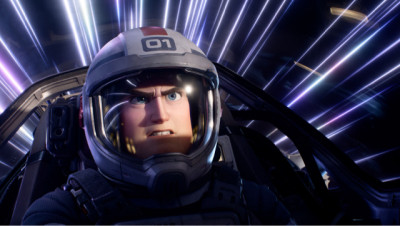 It doesn’t matter how it performed at the box office, Lightyear is a beautiful movie!

As per Hollywood Reporter, Pixar and Disney’s Toy Story spinoff Lightyear debuted in cinemas over Father’s Day weekend, only about 38 percent of those turning out were families, helping to explain why the movie launched to $50.6 million, instead of an expected $70 million to $85 million. Worse, it bowed in second place behind holdover Jurassic World Dominion in a surprise upset, even if it could boast the best opening of the pandemic for an animated film.

By Sunday night of the June 17-19 weekend, everyone in Hollywood was asking the same question, since the opening couldn’t be pinned only on the pandemic: What happened?

Disney insiders privately point to mixed reviews from critics — at least for a Pixar offering — less-than-rave audience scores, as well as marketing and brand confusion.

Nor did it help that Lightyear became a political punching bag for conservative Republican lawmakers when a same-gender kiss scene was reinstated in the film after Pixar employees said Disney was censoring “overtly gay affection” following the uproar over Disney CEO Bob Chapek’s handling of Florida’s “Don’t Say Gay” bill.