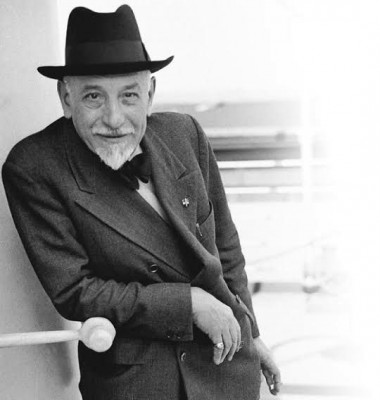 Luigi Pirandello, (born June 28, 1867, Agrigento, Sicily, Italy—died Dec. 10, 1936, Rome) was an Italian dramatist, novelist and a short-story writer. He was awarded the Nobel Prize for Literature on 1934.With his invention of the “theatre within the theatre” in the play Sei personaggi in cerca d’autore (1921; Six Characters in Search of an Author), he became an important innovator in modern drama
He went to the University of Rome in 1887 and had a quarrel with a professor there, he went to University of Bonn, Ger. in 1888 and gained his doctorate there
in 1891.

His early narrative styles finds its root in the realism portrayed in the writings of two Italian novelists Luigi Capuana and Giovanni Verga.. He became successful with his third novel, often acclaimed as his best, Il fu Mattia Pascal (1904; The Late Mattia Pascal).
He wrote over 50 plays. He first tried theatre in 1898 with L’epilogo, but the accidents that prevented its production until 1910 kept him from other than sporadic attempts at drama until the success of Così è (se vi pare) in 1917. These delays proved to he helpful to him as his dramatic powers developed with time. Così è (se vi pare) began the series of plays that were to make him world famous in the 1920s. Its title can be translated as Right You Are (If You Think You Are). A demonstration, in dramatic terms, of the relativity of truth, and a rejection of the idea of any objective reality not at the mercy of individual vision, it anticipates Pirandello’s two great plays, Six Characters in Search of an Author (1921) and Enrico IV (1922; Henry IV).

The production of Six Characters in Paris in 1923 made Pirandello widely known. His work has had an significant influence on French drama. French drama from the existentialistic pessimism of Jean Anouilh and Jean-Paul Sartre to the absurdist comedy of Eugène Ionesco and Samuel Beckett is tinged with “Pirandellianism.” His influence can also be detected in the drama of other countries, even in the religious verse dramas of T.S. Eliot.