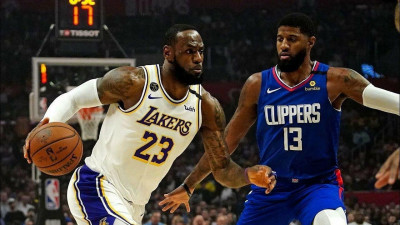 After missing the LA Lakers’ game against the Sacramento Kings on Tuesday, LeBron James could be back in action tonight against the LA Clippers.

The four-time MVP was previously placed under the NBA’s health and safety protocols after returning two positive COVID-19 tests. Under the mandate, the 36-year-old was supposed to sit out for at least 10 days or provide two negative tests to play again.

While being quarantined, the four-time NBA champion informed teammate Anthony Davis that he felt fine and was asymptomatic. The LA Lakers apparently wanted to be very sure regarding the status of their superstar, so a battery of tests was done.

After the comprehensive test, it was determined that the result before the game against the Sacramento Kings was a false positive. Thus, he is cleared to play for tonight’s encounter against fellow Staples Center tenant, the LA Clippers.

The NBA has already made an official statement regarding Jame’s status after the false-positive test and the follow-up negative results.