Lebanon’s crisis has gone from bad to worse. But is anyone listening? 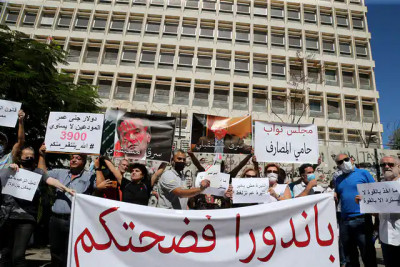 In the midst of a pandemic that has wrenched the world off its axis, Lebanon’s precipitous decline has not received the attention it deserves given the country’s strategic importance.

Bordering Syria to its north and east, and Israel to its south, Lebanon occupies a critical space in the Eastern Mediterranean. Its collapse would risk spilling over into surrounding areas.

The country is sagging under the weight of a vast refugee population from neighbouring Syria and a permanent Palestinian refugee presence. It certainly qualifies as a “crisis state”, which the London School of Economics defines as one in “acute stress”.

The question is whether the “crisis state” becomes, to all intents and purposes, a “failed state” under the LSE definition of one that “can no longer perform its basic security and development functions”.

More at The Conversation: https://theconversation.com/lebanons-crisis-has-gone-from-bad-to-worse-but-is-anyone-listening-169645