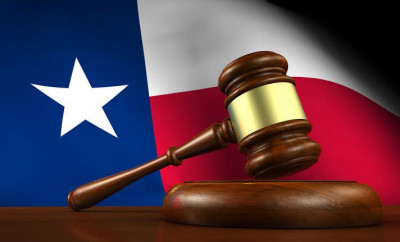 No church or state should get to make decisions about MY body: Abortion is Healthcare!

A very Republican Texas Supreme Court has allowed a state law that can result in banning abortions after six weeks of pregnancy. So far the US Supreme Court has shown no inclination to stop the law and now more states are trying to copy it which in effect overturns the historic Roe vs Wade judgement.

Under the new law, people will be rewarded $ 10000 if they bring a successful lawsuit against anyone who abets abortion from the cabbie who ferries the woman or the doctor who helps the woman to abort.


Since the law took effect, abortions in Texas have been decreased about 50%, while the number of Texans going to abortion clinics outside the state and demanding abortion pills online had increased.

Texas abortion clinics are not giving up the lawsuit, but they now foresee it will be dismissed in the coming weeks or months.

According to the Texas Tribune, "We have been fighting this ban for six long months, but the courts have failed us,” Amy Hagstrom Miller, president and CEO of Whole Woman’s Health and Whole Woman’s Health Alliance, said. "The situation is becoming increasingly dire, and now neighbouring states—where we have been sending patients—are about to pass similar bans. Where will Texans go then?”


Women are in a state to travel to Oklahoma for the procedure, but this week the State Senate enacted its six-week ban following the Texas law. The Idaho Senate has also passed a similar law last week. Hoping of Supreme Court's final decision in June will stay positive on the abortion ban Statesmen in other states have held off their mimicking for a while.

They are persistent challenges to the law, like the multidistrict litigation in which a state district judge found the law to be unconstitutional. That case is under appeal.