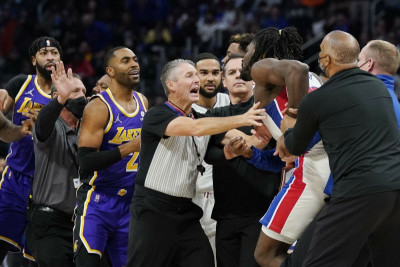 When speaking to reporters, the King said he still has not been able to contact Stewart.

James struck Stewart in the face when going for a rebound, which left the Piston bloodied. Stewart then charged at James and had to be held back multiple times. Both were ejected, although the Lakers came back to win without the four-time MVP in the fourth quarter.

LeBron previously told reporters, "I'm not that kind of player. I didn't think it warranted a suspension."

Los Angeles lost to the New York Knicks on Tuesday without James, although it managed an overtime win over the Pacers behind his 39 points.