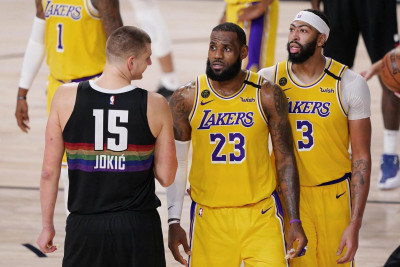 The Denver Nuggets host the LA Lakers at Ball Arena on Saturday. This is the first of three matchups between the two teams this season. Both teams are currently struggling to stay above a .500 record right now. Nikola Jokic is in the middle of an MVP-caliber season, unfortunately it might be in vain as the Nuggets could be out of the player picture already.

The Nuggets are suffering from a bunch of injuries this season and they possibly might be out of the playoff picture already. It has already been stated that Michael Porter Jr. is ruled out for the rest of the season and rushing back Jamal Murray for a hampered season isn't advisable. Even if the Nuggets do make it to the postseason, it is unlikely they will go past the first round.

The Lakers, on the other hand, are not looking like a good team right now. They had their four-game win streak snapped by the Memphis Grizzlies and they lost to the Sacramento Kings after that. Many analysts have predicted them to be an early-round exit and despite LeBron James' best efforts, the team is subpar in most categories.

Kendrick Nunn has reportedly recovered from the bone bruise in his knee but is not going to play in this game because of illness. Anthony Davis continues to recover from his MCL sprain and is reportedly expected to return to the floor by the end of January.

Dwight Howard and Carmelo Anthony are both questionable for this game due to knee soreness and back tightness, respectively.

LeBron James has been listed as 'probable' in practically every injury report to allow the Lakers to retrospectively pull him from the lineup before any game. James has been hampered by an abdominal strain all season long. Mason Jones and Sekou Doumbouya have both been sent to the team's NBA G-League affiliate, the South Bay Lakers, because of their two-way contract obligations.