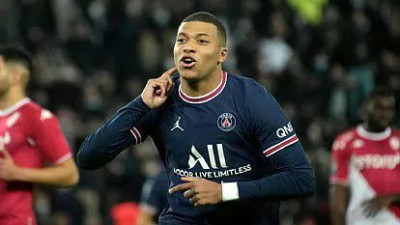 Kylian Mbappe reportedly wants Real Madrid to appoint Zinedine Zidane as their manager next season. The Frenchman is open to joining Los Blancos but wants the former manager back at the club.

As per a report in El Nacional, the forward has informed Real Madrid he would be ready to join them if Zidane is back. The PSG striker wants to work under the Frenchman, who won three Champions League trophies at Santiago Bernabeu as their manager.

"I asked to leave, because from the moment where I did not want to extend [my contract], I wanted the club to receive a transfer fee so they could bring in a quality replacement. This club has given me a lot, I have always been happy - the four years I have had here - and I still am. I said it early enough so that the club could react," said the PSG forward, last year.

However, the Ligue 1 club refused to sell the striker and kept him at the club despite his contract running out.

When the striker was in the spotlight, Zidane offered some advice to Mbappe last year. The PSG star admitted he was affected by the negative comments and the former Real Madrid manager advised him to ignore the talks.

"Football has always been like that. The better you are, the more you are criticised. It's part of the normal situation, it's logical. Whether it's Kylian or other players, they know that. Even if he has reacted to it, they know it'll always be the case. There will always be criticism when he's not as good. That will never change," he said.