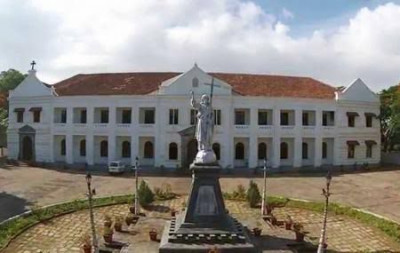 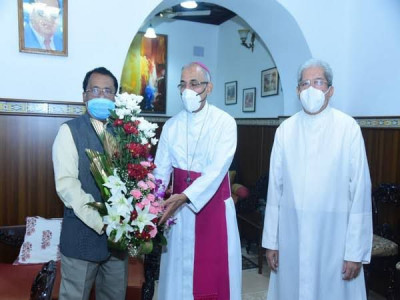 Nobody in Goa is talking about it. Not even the Church which commands over 26% of the Goan population. Not even the Congress which was the Church’s favourite for many seasons. Not even the BJP its current muse, not even the AAP that went silent when a Church was demolished in Delhi or the much-hyped (Mother Teresa fav) Mamata Banerjee’s TMC. The recently sanctioned survey of over 1790 Churches in Karnataka by that state’s BJP Govt may have ruffled many feathers there but strangely enough, has evoked no response in Goa.

With Assembly Elections less than half a year away, it is baffling that Goa does not see red. In 2014 when Narendra Modi was swept in as PM, an RSS Conclave just a couple of kilometres away from St Francis Xavier’s Church (where the decennial Exposition of his mortal remains was happening) resolved to start Ghar Waapsi (Homecoming or reverse conversion) of Christians in Goa. The rumblings in Karnataka before Goa Polls 2022 are eerily reminiscent of that year.

Even the Christian favourite Congress had drifted away appointing Hindus as both the Party President and Chief of Legislature Party. GPCC President Girish Chodankar struggled to get an audience with the Archbishop but failed. It was AICC’s Goa in-charge from Karnataka Dinesh Gundu Rao who managed to meet the Archbishop of Goa only recently. Even he hasn’t raised a red flag. Goa’s Congress has been strangely staying an arm’s length from the Karnataka Church Survey.

Goa has always been the winning ground for Congress in the past thanks to the consolidation of Catholic/Christian votes across one-third of its 40 constituencies. Salcette, Tiswadi and Bardez Talukas which were the traditional bastion of the Portuguese Rulers and those where the conversions happened during the infamous inquisition over 400 years ago, have always been the saving grace for the Congress. Almost always till now when over a dozen Catholic MLAs supported by likewise voters have joined BJP. The word secular in Goa thus has become a bit of a joke.

In Goa’s rapidly changing politics, there seems no concern for the Christian minority. BJP’s Karnataka threat looms large on Goa too.