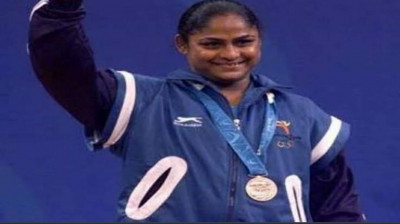 Karnam Malleswari was born on 1st June 1975 in a Karnam family in Voosanipeta near Amadalavalasa, Andhra Pradesh. She has four sisters and along with them she was well trained in weightlifting. She started her career when she was 12 & was trained under her coach Neelamshetty Appanna. The Sports Authority of India spotted her talent when she moved to Delhi with her sister to establish her career as a weightlifter and joined the national camp in 1990. Four years later she won her first world championship in the 54Kg division in Istanbul. She won another world championship in 1994. She won two silver medals at the Asian games held at Hiroshima in 1994 in the 53Kg category & in 1998 at Bangkok in 63Kg division. Malleswari was also awarded with the Arjuna award in 1994, the Rajiv Gandhi Khel Ratna in 1999 & finally the Padma Shri in the same year. But her best achievement was yet to come, she created history at the Sydney Olympics held in the year 2000 by lifting 110Kg & 130 Kg in the ‘snatch’ & ‘clean’ & ‘jerk’ categories, she became the first Indian woman who won an Olympic Medal (Bronze). She is also the first and only Indian woman weightlifter to win an Olympic medal. She currently lives in Yamuna Nagar, Haryana with her husband & works as the Chief General Manager (general administration) at the Food Corporation of India. The Delhi Government in 2021 appointed her as the first Vice-Chancellor of the Delhi Sports University.