Juventus teams up with Pixstory to fight online abuse 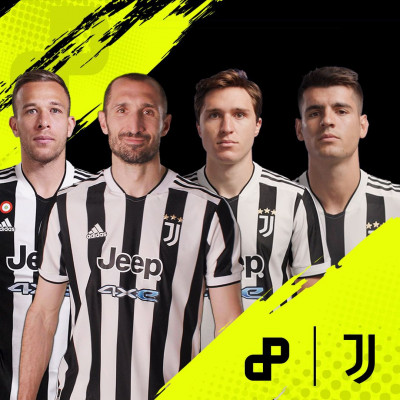 Amazing newss! So glad to see you here! Welcome to Pixstory!

The team up we’ve been waiting for!!!

This is awesome! Welcome aboard Juventus!

Great to see you, champions

Juventus has teamed up with Pixstory, an integrity-based social media platform, to reduce abuse and hate speech in online conversations.

Joining the platform under the Juventus handle, the club will unite with Pixstory in various campaigns to fight abuse and hate speech online.

Pixstory aims to be an ethical social media platform by prioritising people over profit. It doesn’t collect or sell user data, but retains the user experience with strong checks and balances through design and tech innovations.

“We are excited to join forces with Juventus,” said LA Lakers star and one of Pixstory’s early backers Dwight Howard. “Juventus players are role models for fans around the world and they can make a huge contribution in making the internet a better place.”

Appu Esthose Suresh, the founder of Pixstory, said: “We have been inspired by the black and white colours of Juventus: though most things are better understood under a spectrum of colours, but to be able to express them freely should be as simple as black and white.”

Suresh added: “We want Pixstory to bring about a behavioural change in social media. We want a social media landscape where there are no likes or dislikes, where integrity is more valued than virality. Your Pixstory user experience is not compromised, but your safety is prioritised. Sure, there won’t be instant validation – because, in real life, our reputations are built over time and worked upon constantly. Pixstory is the real you.”

"It is a source of great satisfaction for us to link ourselves with the Pixstory platform as of today," commented Giorgio Ricci, Juventus' Chief Revenue Officer. "Disincentivizing disinformation, fighting hatred on the internet are fundamental principles for a Club like Juventus, which has always worked to maintain and develop great credibility in the world of networking and social media. We are turning more and more towards the younger generations, those "digital natives": for this reason, we are particularly proud to join a platform that spreads the principles of openness, responsibility and respect."

Juventus looks forward to working with Pixstory to combat online abuse to ensure our online community remains a safe and enjoyable space.