#JusticeForArvey: How do we share the live location of joy with friends before death? 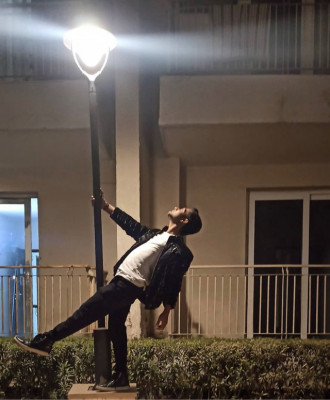 #JusticeForArvey: How do we share the live location of joy with friends before death?

When will we stop normalizing gender essentialist violence of a binary as a facade for ‘bias’?

Five months after Arvey’s death by suicide — a euphemism for institutional violence that makes the foundation of our schools — DPS Faridabad’s Academic Head Mamta Gupta, who Arvey cited as a cause of distress that ended his life, is likely to be reinstated by the school following an arrest under Section 306 (abetment of suicide).

Meanwhile, Aarti who also taught at DPS Faridabad, has been ‘relieved’ from work following her child’s death. She’s faced hostility and false assurances from the police, who seem to be delaying the investigation and have misused evidence, so that the school can build its defense.

Arvey started making jewelry in grade three, experimenting with rubber bands, then quilling threads, beads, and progressing to recycled and resin jewelry. He would use his parents’ nailpaint to make nailart, and wanted to become a fashion designer, Aarti told me in an email.

“We would give each other inputs and encourage each other to experiment with our creativity,” Aarti wrote.

Aarti’s love for Arvey was a commitment to creating spaces where her child could be who he was, where he could hold the violence of the gender binary against the softness of a palm to translate it into the transcendence of nonconformity.

The concept of gender euphoria isn’t just about trans folks. The liberation in transness is an unfolding of routes where everyone is invited to trace the way back home to ourselves, despite how our breadcrumb trails have been devoured by misplaced hunger created by generations of cisgender heteronormativity.

But for how long can we expect youth to hold onto this love of self-determination in theory – imagining the possibilities of our lives as we walk down neighborhood streets to Doja Cat beats – when in practice the rest of the world enforces a dance that disrupts the rhythm of our beats.

How do we fill our stomachs by nourishing who we are when we are repeatedly force fed with the violence of a binary? How do we name this hunger that has become as commonplace as breathing?