Jude Bellingham reaffirms his commitment with Borussia Dortmund amidst transfers 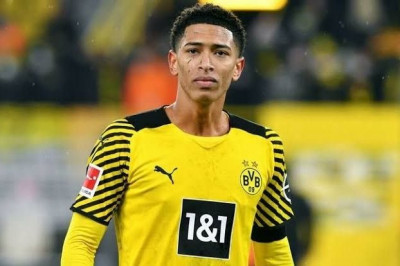 Borussia Dortmund had lost some of its key players to some of the premier league giants.
However, there will be no transfers for the GOAL NXGN starlet to England next season.

Jude Bellingham has shown full commitment towards the men in yellow and black and has
reaffirmed that he will be staying at Dortmund next season.

The 18-year old midfielder has already scored three goals for Dortmund in Bundesliga and has
been very impressive for the side. The youngster was approached by clubs like Manchester
United and LIverpool. But his loyalties lie with the side which discovered his talents first.

He ruled out the possibility of a transfer to the Premier League like some of his high profile
teammates. Erling Haaland has been transferred to Manchester City, while the three lion
teammate Jadon Sancho left last year to join Manchester United.

Bellingham in a recent interview said "The only future I think about is the next game for Dortmund, I'm really looking forward to next season. I can't wait for it to finally start."

The GOAL NXGN 2022 star also appreciated the staff of the team, "I'm really grateful to Dortmund for the way they encouraged my talent. I think a lot of the credit goes to the coaching
staff and staff who keep the hype around me down.”