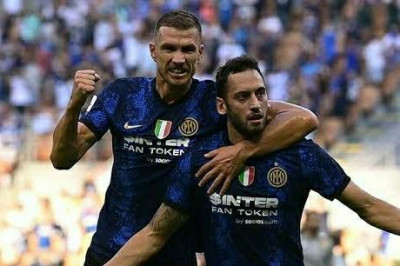 And then there are players like Totti, Maldini, Zanetti, etc who gave everything for their beloved boyhood club.

The Italian Serie A has always been a fascinating league to watch. Famously known for its hard-tackling defenders from the Baresis, the Maldinis, the Cannavaros and Nestas of yester-year to the Chiellinis, the Bonuccis and Bastonis of today. The competition between the clubs is intense, the passion for the game is fiery, and the footballing culture is deep in the veins of all Italians.

The ‘giant’ clubs in Italy are aplenty - AC Milan, Inter Milan, Juventus, AS Roma, Lazio, Napoli, Fiorentina and so on. One thing that unites all these clubs is the staunch passion and the unwavering loyalty that their respective fans have for the clubs.

However, the transfer market in Italy is one-of-a-kind. One particular thing that fascinates me is the movement of players between these ‘giant’ clubs. Ronaldo Nazario, Roberto Baggio, Fabio Cannavaro, Alessandro Nesta, Andrea Pirlo, Zlatan Ibrahimovic, Gonzalo Higuain, Mario Mandzukic, Leonardo Bonucci, Mario Balotelli, Pedro Rodriguez, Stephan El-Shaarawy, Edin Dzeko, Hakan Calhanoglu, etc. are all huge names in football. They all have something in common - They have played for two or more earlier mentioned clubs!

Calhanoglu - AC Milan, Inter Milan (current) and so on…

The best part is, many of the above players have moved to their current clubs as free agents! I might be wrong, but I personally have not seen such common free-transfers between big clubs in other leagues.

How do Italian fans react to players moving between rival clubs (direct or indirect)?

Can players switch their loyalties so easily?

Where did the Italian passion go?