S It was a mistake not to have breached the classroom door, says official 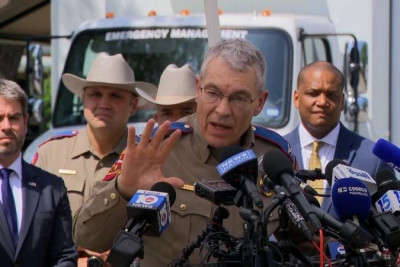 While taking questions from reporters during Friday's news conference, Col. Steven McCraw of the Texas Department of Public Safety criticized some aspects of the police response to the shooting, in particular regarding the time it took for officers to engage with the gunman.

"A decision was made that this was a barricaded subject situation," McCraw said of the incident commander's "thought process" at the time.

Rather than immediately breach the classroom and engage with the gunman, McCraw said the commander — who he later identified as the school district's chief of police — decided that, "There was time to retrieve the keys, and wait for a tactical team with the equipment to go ahead and breach the door and take on the subject."