C It doesn’t matter how it performed at the box office, Lightyear is a beautiful movie! 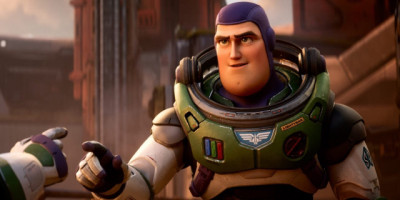 It is quite common that sometimes, brilliant films fail at the box office because of external factors that have nothing to do with the cinematic piece. That doesn’t mean that the movie is not worth watching.

The same happened with Lightyear. Some conservatives ran an agenda against it because of their narrow mindedness and it affected people’s opinion on it.

But the movie is worth your money!

Pixar's first return to theatres since the pandemic follows Buzz and a troop of space rangers as he maroons them on a foreign planet, T'Kani Prime, after damaging the ship's hyperspeed crystal which allows them to fly home.

Buzz sets off on a mission to correct his error. Unfortunately, every time he launches into space to test a new crystal, he is shocked to learn that for his crew colleagues and closest friend and coworker Commander Alisha Hawthorne, a four-minute trip is equivalent to four years.

Buzz struggles with whether he should keep his pledge to finish his mission and let life pass him by or realise that this is his life now, living with the guilt of snatching dreams away from other potential space rangers.

Insider rightly says that Lightyear surprises as a gorgeous love letter to sci-fi and cinema with "Star Wars," the "Alien" franchise, and "Raiders of the Lost Ark" serving as inspiration. The film also has a direct parallel to a specific moment from Avengers: Endgame!

A deeply thought-provoking film for adults and anyone who's made a life-altering mistake they regret, the film delivers one of the most emotional montages since 2009's "Up."