Is Lionel Messi playing for PSG against Troyes tonight? 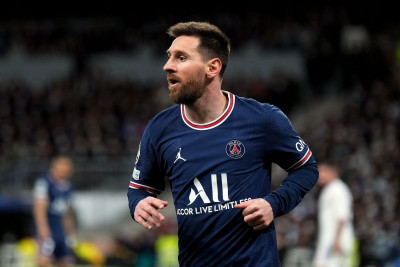 Lionel Messi's availability is a major doubt for Paris Saint-Germain (PSG) ahead of their Ligue 1 game against Troyes today.

According to the club's official medical update, the 34-year-old forward has suffered a problem in his ribs. However, a final decision on Messi's involvement will be made on the morning of the game. The medical update stated the following :

"Leo Messi trained individually after feeling pain in his ribs. Another review will be conducted tomorrow morning."

It is possible that Lionel Messi could be deemed fit enough to feature against Troyes if the knock is not too serious. In that case, the seven-time Ballon d'Or will be partnered alongside Kylian Mbappe and Neymar in attack or could make an appearance off the bench.

However, there is no incentive for Mauricio Pochettino to risk Messi's fitness. PSG have already secured the Ligue 1 title after the Argentine forward netted a stunning long-range goal in their 1-1 draw against Lens a couple of weeks ago.

It is worth mentioning that Lionel Messi had an underwhelming outing against Strasbourg last time around. The Parisian giants secured a 3-3 draw but the 34-year-old forward did not make a single goal contribution.

PSG faced Troyes on the opening day of the 2021-22 Ligue 1 season and secured a 2-1 win on that occasion. Goals from Achraf Hakimi and Mauro Icardi were enough for the Parisians to secure all three points in that fixture. Lionel Messi was not announced as a Paris Saint-Germain player at the time and thus did not feature in the game.