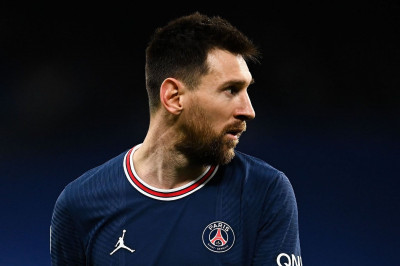 Lionel Messi is expected to start when Paris Saint-Germain (PSG) travel to face Montpellier HSC in Ligue 1 on Saturday, May 14.. Mauricio Pochettino's side have already secured the title this season and will now play their final away game of the campaign.

The Parisians failed to beat Troyes last time around, managing only a 2-2 draw. Messi had yet another game where he failed to make a single goal contribution. It's worth mentioning that the 34-year-old forward suffered from a ribs problem a day before the game. However, he was deemed fit to start

There seem to be no injury concerns surrounding the Argentine captain ahead of the Montpellier game. Messi will be expected to start as part of a front three with Kylian Mbappe and Angel Di Maria. Brazilian superstar Neymar will miss the game due to a suspension.

Messi didn't face Montpellier earlier this season due to a bone bruise. PSG secured a 2-0 victory on that occasion, with Idrissa Gana Gueye and Julian Draxler getting on the scoresheet.

Lionel Messi joined PSG from Barcelona on a free transfer last summer. The 34-year-old forward, though, has struggled to hit the ground running.

The seven-time Ballon d'Or winner has failed to replicate his outstanding Barcelona form in the French capital. Messi has bagged only nine goals and 13 assists in 32 appearances across competitions. That includes only four league strikes.

IHowever, one of Messi's league goals secured the Ligue 1 title for PSG. The 34-year-old scored from outside the box in a 1-1 draw against Lens last month to help the Parisians clinch the title.

Lionel Messi's brilliance on the pitch has been too few and far between. However, the forward haa registered a hat-trick of assists twice in the league. He has linked up well with Neymar and Mbappe in attack.

The Arfentine has one more year remaining on his contract with the Parisians. He'll be expected to perform a lot better next campaign, with the 2022 FIFA World Cup in Qatar also on the horizon.