Is history repeating for Argentina in Qatar? 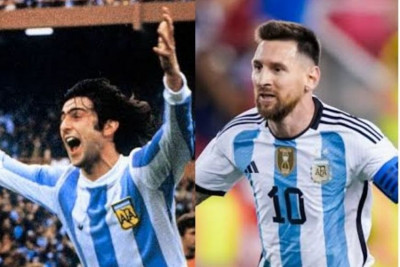 Argentina looked in great form against Poland. For the first time in the tournament, it looked like a proper team effort on the field. I think they have learned from the mistakes they made in the previous matches, although goal conversion is one area they need to work on in the big matches as they won't have as many chances to score as they had against Poland. I strongly wish to see them in the finals.

As soon scored first goal, Argentina fans started talking about Semi final. Facing easy opponents Australia in the round of 16, Argentina might face Netherlands in the quarter finals.

Argentina, who started with a shock defeat to Saudi Arabia, are now looking to go all the way into the final. Like the fans and the team's wish, Messi has an opportunity to leave Qatar with the trophy. Along with Argentina, England, Netherlands, Senegal, Poland, Australia, France, Brazil and Portugal are confirmed to be present in the Round of 16.

Argentina needed a win to advance, but Poland just needed a draw. Saudi Arabia also were trying to win and advance, but Mexico helped Argentina with their win. The Copa America champions kept it clean and 2 beautiful goals ensured the the place.

Hopes were high ever since the team won Copa America and Finalissima again Brazil and Italy respectively. Messi was in good form at PSG too. Along with Messi, the crew De Paul, Lautaro Martinez, Emiliano Martinez, Romero, Otamendi are also looking in good shape. They have scored 5 goals and conceded 2, bagging 6 points from 3 matches.

Messi, meanwhile, became the first player in history whose 2 penalties were saved in the world cup. But, fans widely consider it as a good omen now, as 1978 World cup star Mario Kempes missed a penalty in Argentina’s third game of the tournament, a 1-0 defeat by Italy. Kempes went on to score 6 goals and became top scorer of the tournament. The goals include 2 in the final against Netherlands. Messi has got 2 goals now in Qatar world cup.