IS CRYPTOCURRENCY THE FUTURE OF MONEY? 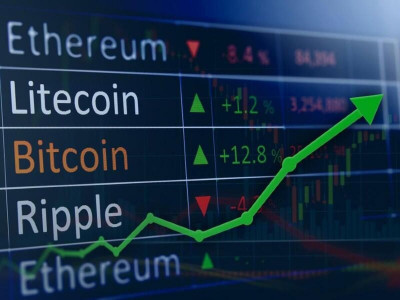 Cryptocurrency or crypto is a  collection of binary data which is used as digital or virtual currency. It does not have a centralised authority to publish and control. We can't carry it around and exchange it in the real world, crypto payments are purely digital. It is a peer to peer system that can enable anyone anywhere to send and receive payments.  The transaction of coins is stored in a ledger which is a computerized database using strong cryptography to secure transaction records, control the creation of additional coins and verify the transfer of coin ownership. Cryptocurrency is stored in digital wallets.  Nowadays only a few companies accept cryptocurrency but most people use it as a digital asset.

I know you all are thinking that what causes the emergence of cryptocurrency?

The evolution of currency gives an idea that when the existing system faces flaws then-new currency emerges. The major problems faced by fiat currency are:
1. It is controlled by a central authority at every stage.
2. Mismanagement of central authorities can cause the risk of inflation.
3. Instability of central authority to handle.
4. Dicey in terms of security and threats.
5. Difficulty, loss or gain and delays present in money transfers.

Are you thinking about how cryptocurrency received its name?

Cryptocurrency received its name because it uses encryption to verify transactions.
Advanced coding is involved in storing and transmitting cryptocurrency data between wallets and public ledgers. The main aim is to provide security and safety.
How does cryptocurrency work?
Crypto run on distributed public ledgers called a blockchain. Units of cryptocurrency are created through a process called mining which involves using computer power to solve complicated mathematical problems that generate coins.

Bitcoin was the first cryptocurrency found in 2019. After that many currencies emerged and that is generally called 'Altcoin ' or 'Alternative coins'.
Ethereum, XRP, Tether, Cardano, Stellar etc can be examples of altcoins.
Meme coins are cryptocurrencies that originated from an internet meme or have some other humorous characteristic. Some of the meme coins are dogecoin, SHIBA INU2SHIB, Dogelon Mars3ELON etc.