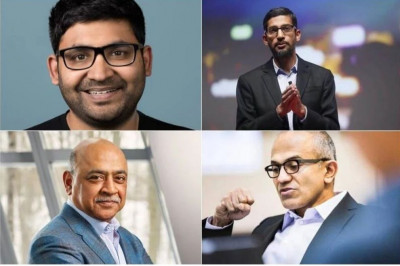 With the news of IIT passed out Parag Agrawal taking over the CEO position of microblogging site Twitter, the world has started appreciating, debating and criticising the positions Indians hold abroad. From the citizens of India to USA criticisms has been flooding, along with the appreciation of educational institutes such as the IITs. Some of the Indian company leaders across the globe other than Google and Microsoft
• Shantanu Narayen,CEO and President - Adobe.
• Anjali Sud, CEO- Vimeo
• Aneel Bhusri, CEO- Workday
• Sanjay Mehrotra, CEO- Micron Technology
• Aman Bhutani, heading-GoDaddy, and President of Brand Expedia Group.
• Nikesh Arora, CEO and chairman- Palo Alto Networks