The ATHENS FIRE OF GLORY 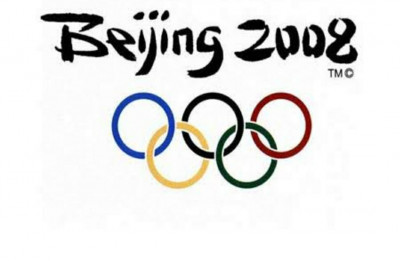 The ATHENS FIRE OF GLORY

India went into the 2008 Summer Olympics which were held at Beijing, People’s Republic of China and was represented by the Indian Olympic Association with a contingent of 57 athletes which was the biggest contingent India ever had during the time. The Indian contingent could have been even bigger but the men’s national field hockey team was not able to take part for the first time since 1928 as they failed to cross the hurdle of the qualifying round. A controversy in the Indian contingent was that a 2-year ban was imposed by the International Weightlifting Federation after the 2006 Commonwealth Games doping scandal resulting in only one Olympian, Monika Devi who was eligible to compete but her name was withdrawn as she failed a drug test. Though she was cleared to participate after it was found that she was clean, she was not able to participate as the event had already closed which meant that there was no weightlifter in the Indian Contingent for the 2008 Olympics. In addition to that, there was no participation from women in sports like Boxing, Rowling, Sailing, Swimming & Wrestling.
The highlight of the 2008 summer Olympics for India was the moment when Abhinav Bindra who was previously a two-time Commonwealth Games Gold Medallist won India’s fist ever gold medal at the Olympics after barely making it through the qualifying round. Another highlight was that Vijender Singh won India’s first ever medal (bronze) in boxing in the middleweight category. Sushil Kumar who previously won a bronze medal in the Asian Games two years earlier, won a bronze medal at the 2008 Olympics which was India’s first ever Olympic medal in Wrestling in 56 years, the first being won by K. D. Jadhav in the 1952 Olympics held in Helsinki.
The 2008 Olympics was India’s best ever performance in terms of number of medals which surpassed the two medals won by Norman Pritchard in the 1900 Summer Olympics in France & the gold medal as well as the bronze medal won by the field hockey team & K. D. Jadhav respectively at the 1952 Helsinki Olympics.