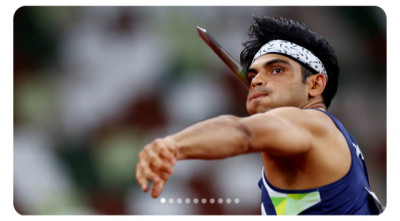 powerful ending, thank you for sharing

I come from a place where ur identity is everything. Everything is related to who you are, people of the place are struggling to get their rightful place while holding on to that identity.
And I may ask, what is wrong with that .
Isn’t every individual in this country doing the same. People who gloated when article 370 was abrogated saying it was hampering complete integration with rest of the country are doing the same.
Isn’t everyone holding on to who you are first
People live their identities, in the food they eat, in their culture in their customs and in their politics in how they vote.
People vote as communities- as upper castes , Dalits , Hindus , Muslims , Gujaratis , Bengalis , Biharis , leftists, right wingers .
Representatives are send to parliament based on their affiliations- a Muslim voice, Shia leader, Akali leader, upper caste voice, a firebrand Dalit leader. Don’t we give these nomenclatures .
So how do we expect people to keep sports out of it.
While reading newspapers, don’t we read the background of sportsman. We want to know who he/ she is - where has she come. Daughter of a rickshaw puller, son of a landless Dalit farmer.
These are the screaming headlines- these headlines sell.
Hence Neeraj Chopra, the Olympics gold medalist will have people claiming him to be their- to get their share in his glory. Like the writer claimed that Neeraj was from the same place as him. If that is not identity politics what is?
I know being ‘Kashmiri’ somehow sounded so exotic that every celebrity would claim link to Kashmir. Salman khan said his mom who had family in Jammu was ‘Kashmiri’. SRK claimed his grandmothers family was from Kashmir, Katrina Kaif claims her father whom no one knows or has seen is a kashmiri.
On my part I yearn to not be defined by borders even countries leave aside regions but I cannot take the Kashmiri in me out . And when the Kashmiri becomes visible it’s too in your face and too visible.