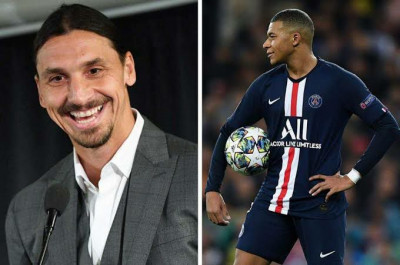 Zlatan Ibrahimovic has revealed that he’s advised Kylian Mbappe to leave Paris Saint-Germain for Real Madrid in an interview with Corriere della Sera in comments carried by Marca. Ibrahimovic is currently playing his football with Milan, but spent four years with PSG between 2012 and 2016. He never played for Madrid, although he did spend an unsuccessful two years at Barcelona.

“It’s true I advised him to leave the club,” Ibrahimovic said. “Mbappe needs a more structured environment, like that of Real Madrid. But then I told the PSG president not to sell him.”

Mbappe has been at the centre of a tug-of-war between PSG and Madrid for quite some time. Madrid moved for him at the end of the previous summer transfer window, only for PSG to reject their advances. Mbappe is out of contract in the summer of 2022 and it’s expected Madrid are going to go for him again.