How Nairobi police failures let people get away with murder 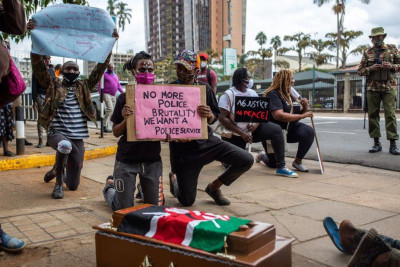 At least one person gets killed every two days in Kenya’s capital city, Nairobi. Most of these cases are never resolved. Only 94 murder cases were registered in Nairobi courts in 2021.

Nairobi is Kenya’s most populous city with more than four million people. Like other major cities across Africa, it grapples with crime amid the strained provision of policing services. Kenya was ranked fourth in the 2021 Organised Crime Index in Africa, with the 2022 Economic Survey reporting that Nairobi regularly records the highest number of crimes in the country.

The swift progress the Directorate of Criminal Investigations made in investigating the murder of Dutch businessman Tob Cohen, who had lived in Kenya for years, is largely unheard of. Investigators drawn from the directorate’s homicide unit took less than two months to unravel Cohen’s 2019 murder and apprehend the perpetrators.

The country’s criminal justice system has a history of failing to crack high-profile murders. Cases are characterised by shambolic investigations that eventually lead to their being dismissed due to a lack of evidence.

Unresolved murders that have captured national attention include that of an International Criminal Court witness and whistleblower Meshack Yebei in 2015. He had been lined up to testify against Kenyan Deputy President William Ruto who was facing charges – that were later dropped – at The Hague-based court.

University student Mercy Keino’s body was found along a major Nairobi highway in 2013. Her murderers are yet to face justice. The same holds for Chris Msando, an elections official who was tortured and killed just weeks before Kenya’s 2017 poll.

Several challenges lie behind the failure of policing agencies to unravel murder cases. These include: poor evidence gathering; mistreatment and manhandling of potential witnesses; police negligence and recklessness; a lack of forensic capability; a poor legal and regulatory environment; and accusations of police involvement in extra-judicial killings.

Based on my research on public sector reforms and policing in Kenya, I believe that the situation can be reversed.