How come Bezos, Musk did not pay a penny in taxes? 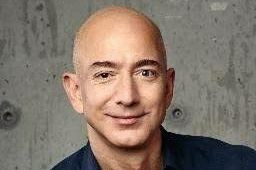 There’s a belief that everyone pays their fair share of taxes and the rich pay the most. A leak of the IRS data of 15 years and a peak at the returns of the likes of Jeff Bezos and Elon Musk demolishes that myth. Using perfectly legal ways, they have managed to pay – if at all – a tiny portion of windfall earnings in federal income taxes. The investigation by ProPublica underlines the need to plug the loopholes. It also bolsters President Biden’s plans to increase taxes on the wealthy to fund climate-action and social-welfare plans.

Among the more shocking findings are:

* Bezos did not pay a penny in federal income taxes in 2007 and 2011. (He was not the world’s richest person then but still he was a multibillionaire.)
* Musk, the second-richest person in the world, paid no federal income taxes in 2018.
* Those who accomplished this feat include Michael Bloomberg (several years), Carl Icahn (twice), and George Soros (three years in a row).

The highest federal income tax rate is 37% – and that is what everyone assumes the super-rich must be paying. Actually, their effective tax rate comes to 3.4% – far less than the 14% the average American household has paid. This ‘true tax rate’ for the wealthiest was calculated by ProPublica, an independent, non-profit newsroom, going by their actual wealth as estimated by the prestigious Forbes annual list and their tax payout found in the IRS data.

Their secret is that they hold most of their wealth in assets like stocks and property – and make more money by their appreciating value – but this rising wealth is not taxable unless they are sold. Forbes (and everyone else) counts this as their wealth, the tax system doesn’t.

Meanwhile, the data disclosure is a potential violation of privacy, but ProPublica went ahead in public interest. Officials said they were checking if this disclosure constitutes a criminal offense.