History of women football (Part 1)- How it started? 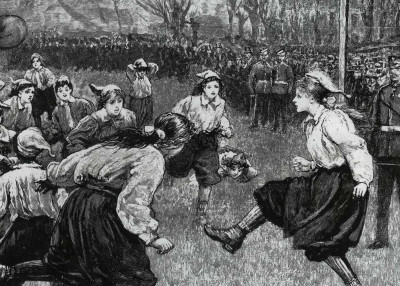 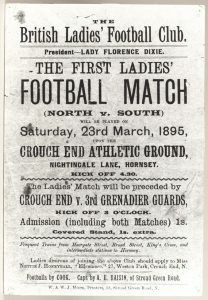 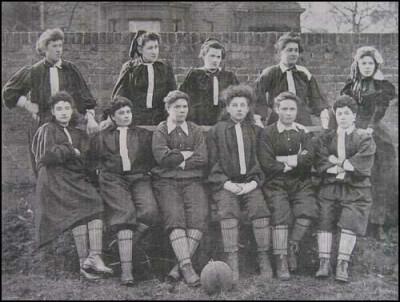 To many- women football may seem like a modern-day sport but it traces history back to the 19th century.

As per documented records, Scotland is assumed to be the first country in the world to encourage women to play football.

May 9, 1881, edition of Glasgow Herald described what appears to be the first-ever women international match at Easter Road Stadium in Edinburgh. It was advertised as a Scotland v England international match, although there is no record of the score. It was termed as a "novel match" where players wore jerseys, stockings, Knickerbocker, belts, high-heeled boots and cowls on the field. The game also registered a widespread insistence that women shouldn't play soccer in short it was declared as a "failure".

In later years, several English clubs concluded that rogue male behaviour at football matches might see some improvement if they were accompanied by women.

As a result of this consensus, in April 1885, Preston North End announced that women would be allowed free entry to all home games. Free entry for women became so popular that by the late 1890s, all the football clubs had to discontinue the scheme due to mismanagement witnessed during games.

It was then Nettie Honeyball, who pioneered women's football in England. In 1894, Honeyball placed an advertisement in the press and persuaded about 30 young women to join the "British Ladies Football Club" which went on to become the first women's football team.

Honeyball persuaded J. W. Julian, who played for Tottenham Hotspur, at that time to coach the women and Florence Dixie, the youngest daughter of the Marquis of Queensbury, agreed to become president of the club.

The first official match played by women took at Crouch End in London on 23rd March 1895. The girls were organized into teams that represented North and South London. The match ended in North London (red), beat South London (light and dark-blue) 7-1.

The first officially recorded match received mixed reactions from different strata of society. But, the British Ladies' Football Club had been a valuable tool in social reform in England in later years.

So, that's how it all began.