Have climate talks become a ‘Greenwash Campaign’ as Thunberg alleges? 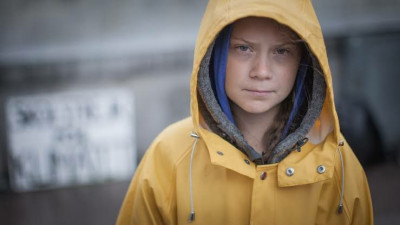 Swedish climate activist Greta Thunberg said Friday that the COP26 climate summit is a failure. “The COP has turned into a PR event, where leaders are giving beautiful speeches and announcing fancy commitments and targets, while behind the curtains governments of the Global North countries are still refusing to take any drastic climate action.” (https://www.cnbc.com/2021/11/05/greta-thunberg-says-cop26-climate-summit-is-a-failure-and-a-pr-event.html)

But it seems Thunberg is too quick to draw the conclusion. The second week is going to be crucial in closing that gap as COP26 switches from show-and-tell mode to technical and political negotiations over detail. The big battles lie ahead – on the climate rulebook, on carbon credit trading systems, on questions of loss and damage, and most of all on climate finance – whether the rich nations largely responsible for the climate crisis will provide sufficient funds for poor, vulnerable and developing nations to switch to renewable energy and cope with the rising storm to come. The success or failure of this meet will be decided by emissions cuts, not outcomes. (https://www.theguardian.com/environment/2021/nov/06/cop26-week-one-the-impression-of-progress-but-not-nearly-enough)

It's true that one of the key promises of COP26 was to finalise the flow of $100bn in cash from polluting countries to poorer ones and agree the rules by which nations should fairly reduce their carbon footprints. And on both those measures it has not, so far, delivered.

But there have been some positive moves too. Going into COP26, the world was on course for 2.7 degrees of warming, but now that figure could be as low as 2 degrees. Not the 1.5 the world needs, but progress nonetheless. Countries, including major polluters like India, have increased their commitments to cut carbon. Deals to reduce methane emissions, make businesses more accountable for their emissions and increase flows of private green finance have been struck. And partnerships made, like one in which rich countries including the US and the UK will pay South Africa - the continents biggest polluter - to retire its coal-fired power stations.