Have $3 million handy? You can have Michael Jordan signed Rookie Card! 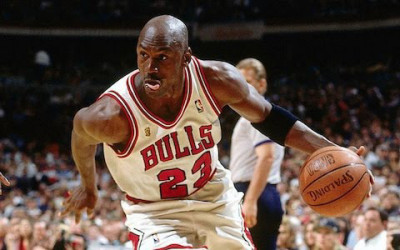 Business Standard reported that the card will be available as part of Six Rings: Legacy of the GOAT, an online-only auction that will be open for bidding from June 1 to 14 and on exhibit at Christie's Rockefeller Center galleries from June 3 to 7.

Michael Jordan is regarded as a sports legend. With a record 10 scoring titles, nine All-Defensive Team choices, five NBA MVPs, and six NBA Finals MVPs, many believe the Hall of Famer to be the best basketball player of all time. His perseverance resulted to his greatest achievements: the Chicago Bulls' eight-year streak of six championship rings.

In 2006/07, the lucky owner of a Fleer 20th anniversary card was able to mail it to Upper Deck, who returned it with an original Fleer Michael Jordan rookie card autographed by Jordan.

Did you know that only 14 of the 23 cards released have been identified, graded, and are in the possession of private collectors. It comes with the original UDA congratulations card and is the second highest BGS graded UDA signed Fleer #57 card in existence.