Harry Styles's stalker confesses to breaking into his house 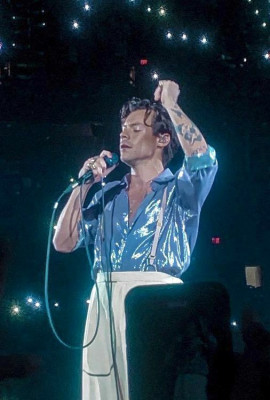 Harry Styles' stalker has pleaded guilty to allegedly breaking into the singer's home in north London on February 16, 2022.

The singer-turned-actor had been at his property at the time of the incident when Pablo-Diana Orero Tarazaga found his way into the lavish abode.

Harry's brush with the stalker came several years after being found guilty of stalking him in 2019.

Earlier this year, Pablo-Diana Orero Tarazaga, who identifies as bi-gender was charged with breaking a restraining order in order to harass, criminal damage to property valued under £5,000, assault by beating and using violence to secure entry to Harry's house.

It was a dark time for Harry being assaulted by the stalker. The stalker didn't plead guilty for assault, however they admitted the charges for breaching the restraining order and forceful entry.