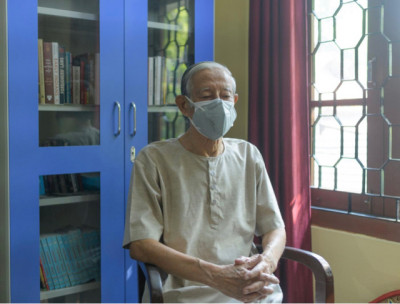 After 2016, when the BJP came to power in the state, Assam saw a spurt in sedition cases. The accused were largely political dissidents and citizens protesting the Citizenship Amendment Act. Most of the accused suffered prolonged detention, legal harassment and violation of prisoner rights. The first of a two-part investigation into the misuse of the sedition law in the north-eastern state.

In November 2021, Pradip Dutta Roy, a former Congress politician who was suspended from the Bharatiya Janata Party (BJP), was accused in Silchar, South Assam, of sedition, inciting people to rebel or spread disaffection against the State.

This was his crime: A few weeks earlier, Roy had allegedly smeared black ink on an Assamese language government hoarding and demanded that it be removed. On 27 November, hours after the hoarding was removed in the Bengali-language dominated Barak Valley region of the state, Roy was arrested after being questioned by the superintendent of police (SP) of Cachar for over an hour.

The first information report (FIR), the starting point of a criminal investigation, mentioned section 124 A of the Indian Penal Code (IPC), 1860: sedition. The other charges were sections 153 A (promoting disharmony between groups), 295 (defilement of an object held sacred) and 295 A (deliberate and malicious act to outrage religious feelings) of the IPC.

Roy had been arrested for “acts prejudicial to maintenance of harmony”, the special director general of police (DGP) (law and order), GP Singh, tweeted.


While Assamese is the official state language, a special provision allows the use of Bengali for administrative purposes in the Cachar, Karimganj and Hailakandi districts that make up the Barak valley. The region saw a mass agitation in 1961, when 11 people died protesting the imposition of Assamese as the official language.