Futile and cruel’: plan to charge fees for immigration detention has no redeeming features 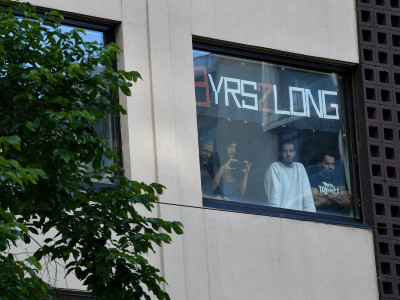 Some people in immigration detention could be asked to pay for their own incarceration, as part of a new border protection policy announced by the Coalition on Friday.

The government has indicated “foreign criminals” awaiting deportation will be the main targets of the policy. This is an ambiguous statement given the government’s propensity to criminalise refugees and asylum seekers. But it likely refers primarily to people whose visas have been cancelled on “character grounds” under provisions in the Migration Act. This includes many people who have no serious criminal history.

The proposal would see detainees charged $456 for each day they’re detained. With average detention times currently exceeding 680 days, the debts could run into hundreds of thousands of dollars.

This isn’t the first time the Coalition has sought to charge immigration detainees for their time in detention. Morrison’s policy closely resembles a Howard-era scheme that was dismantled by the Rudd Labor government in 2009.

This time, however, Labor has backed the plan.
Whatever political thinking underlies the major parties’ positions, charging detainees for their incarceration is a bad move. Beyond cynical political calculation, this is a policy with no redeeming features.

Nobody is ‘free riding’ in detention

According to Immigration Minister Alex Hawke, making detainees pay for their detention is necessary to prevent “free riding”.