Flow of wood from rivers to oceans impacts marine environments 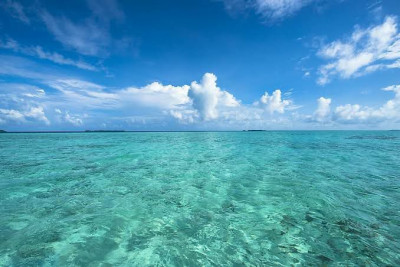 A Colorado State University Professor, Wohl said that she saw the first pictures of organisms found near hydrothermal vents in the deep sea in the 1970s when they were first discovered.

Her interest in the sea -- and how organisms on pieces of wood that sink to the ocean floor create these communities -- led to a new area of research for the fluvial geomorphologist. A lot of wood used to end up in oceans, but humans around the world have interrupted the cascade, Wohl said.

The related study, "Damming the wood falls," was published Dec. 10 in Science Advances.

Wohl teamed up with Emily Iskin, a doctoral student in the Department of Geosciences in the Warner College of Natural Resources, to measure records of wood flowing to reservoirs and coastal regions to estimate the magnitude of global wood movement. They looked at data from the United States, Canada, France, Russia, Serbia and large regional datasets from Switzerland and Japan.

The scientists determined that 4.7 million cubic meters -- or 166 million cubic feet -- of large wood could enter the oceans each year, representing a maximum estimate because of wood removal from rivers and reservoirs and a minimum estimate of historical wood movement due to deforestation and river engineering.

The researchers hope to bring attention to a problem many people may not be aware of, that interrupting the cascade of wood from waterways has consequences for marine environments.

"We as humans have been altering the wood cascade and interrupting it for more than a century," said Wohl.

Driftwood is removed in some coastal areas, such as tourist beaches in the Mediterranean, yet it is important for a variety of plants and animals, providing important nutrients and helping with the movement of sand.

"When driftwood sinks, it's like a sunken coral reef," said Wohl. "Living creatures, mostly invertebrates, clams and crustaceans use that wood as a refuge.