Five things you need to know about the Glasgow Climate Pact 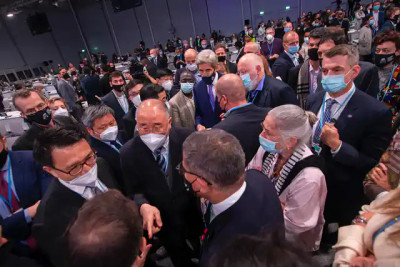 The COP26 UN climate talks in Glasgow have finished and the gavel has come down on the Glasgow Climate Pact agreed by all 197 countries.

If the 2015 Paris Agreement provided the framework for countries to tackle climate change then Glasgow, six years on, was the first major test of this high-water mark of global diplomacy.

So what have we learnt from two weeks of leaders’ statements, massive protests and side deals on coal, stopping fossil fuel finance and deforestation, plus the final signed Glasgow Climate Pact?

From phasing out coal to carbon market loopholes, here is what you need to know:

1. Progress on cutting emissions, but nowhere near enough

The Glasgow Climate Pact is incremental progress and not the breakthrough moment needed to curb the worst impacts of climate change. The UK government as host and therefore president of COP26 wanted to “keep 1.5°C alive”, the stronger goal of the Paris Agreement. But at best we can say the goal of limiting global warming to 1.5°C is on life support – it has a pulse but it’s nearly dead.

The Paris Agreement says temperatures should be limited to “well below” 2°C above pre-industrial levels, and countries should “pursue efforts” to limit warming to 1.5°C. Before COP26, the world was on track for 2.7°C of warming, based on commitments by countries, and expectation of the changes in technology. Announcements at COP26, including new pledges to cut emissions this decade, by some key countries, have reduced this to a best estimate of 2.4°C.

Read more at The Conversation: https://theconversation.com/five-things-you-need-to-know-about-the-glasgow-climate-pact-171799