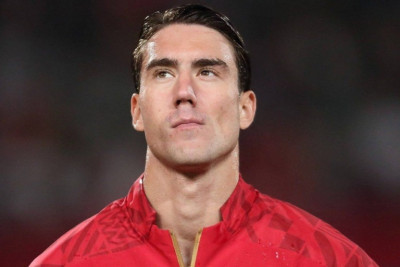 
Vanja Milinkoviç-Saviç (7/10): Fantastic individual performance from the goalkeeper making six saves. Unfortunate to concede two goals. Man of the match on another day.

Straninja Pavlovic (5.5/10): Struggled against the pace and directness of the Brazilian attack; could do nothing about both goals.

Nikola Milenkoviç (5/10): Won none of his attempted tackles in the game. Could only stand and watch Richarlison's overhead kick go in.

Milos Veljkoviç (6/10): Held his own one versus one against Neymar and Vinicius, winning five of his eight tackles. Had one shot on target going forward.

Filip Mladenoviç (6/10): The winger was ineffective throughout the game, creating next to nothing for his side. Closest threat to goal was his one shot off-target.

Sergej Milinkoviç-Saviç (6/10): Could do nothing against the Samba boy's midfield, clearly outclassed.

Nemanja Gedelj (5/10): Clearly out of his depths from the start of the game. Brought off in the 57th minute after picking up a yellow card.

Sasa Lukiç(5/10): The midfielder was clinical in possession for his team, but his passes could do nothing to hurt the Brazilian defence or midfield.

Andrija Zivkoviç (5/10): He could only complete 15 passes on the pitch. Could do little against a clearly better opposition

Dusan Tadiç(5/10): The captain found it hard to get in the ball all through the game, and this couldn't create anything of note for his team and his striker.

Aleksandar Mitroviç (5/10): Couldn't impact the game as his team struggled for possession and control for most of the game.

Dusan Vlahovic (5/10): Struggled like any other striker would when his team was getting dominated in every aspect of the game.

Darko Lazovic (5/10): Did nothing to change his side's fortunes against Brazil.

Ivan Ilic (6/10): The debutant tried to stamp his authority in the game and gain territory for Serbia with his accurate passing and progressiveness.

Nemanja Radonjic (5/10): The Torino midfielder couldn't make a difference for his team coming off the bench in the 57th minute