Ferran Torres back to home 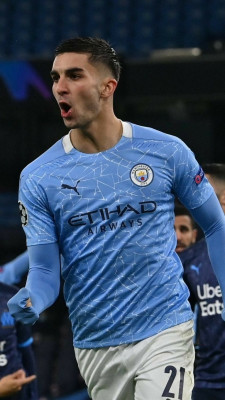 Ferran Torres, was the Spaniard bought to England by Manchester City for a fee of £20 million from Valencia, who were struggling themselves back in the day. Pep Guardiola, City's man in-charge with the abundance of talent at his will very rarely used Ferran. Infact it is being said City took advantage of the Spanish side in a way to deal with future transfers. And it does seem to be that way after looking at the deal City and Barcelona cracked open for Ferran Torres.

He will join the Spanish giants in a 55 million euros fee from the Citizens, which is an absolute win considering Pep's side and the plans they have for deals in the upcoming market. A move that reminds us of the Sane transfer saga. When I say their plans for the targets in future, it is kind of obvious where they will spend. This deal will help them in their pursuit of a striker (Haaland, Vlahovic and more) which is only going to take them to another level above and make them a nightmare of a team/squad to become even more dangerous for the league and Europe.

A striker is like the final jigsaw for their dreams to turn into reality of being European royalty with top squad and a top class manager. Barcelona paying in installments was also obvious considering the financial troubles they are into. In Ferran Torres' case also it seems like he was craving for a move back to his home, and Barcelona came calling. He was never going to say no.