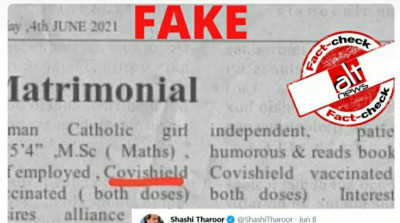 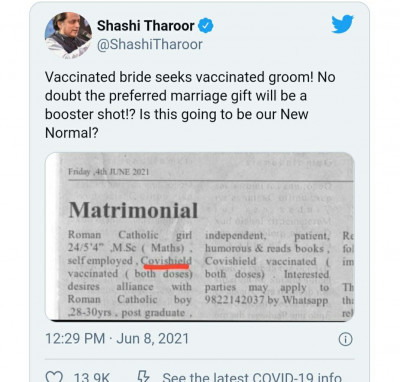 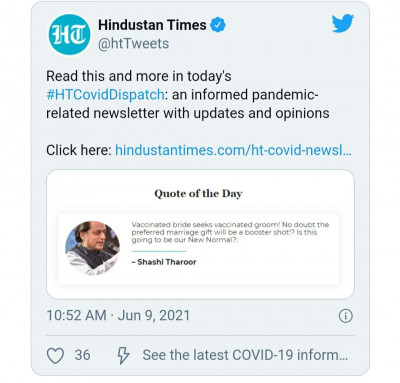 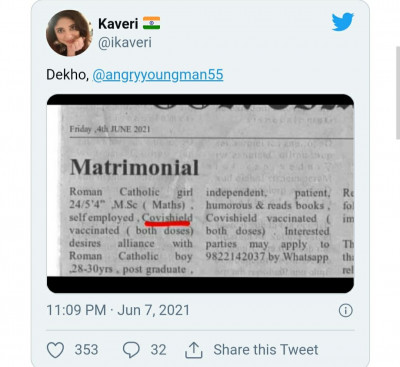 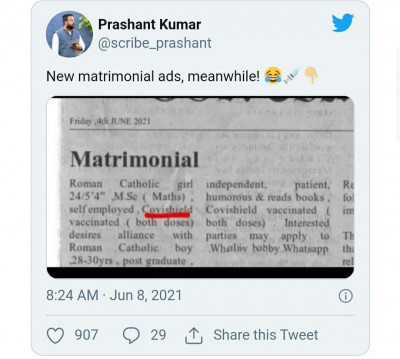 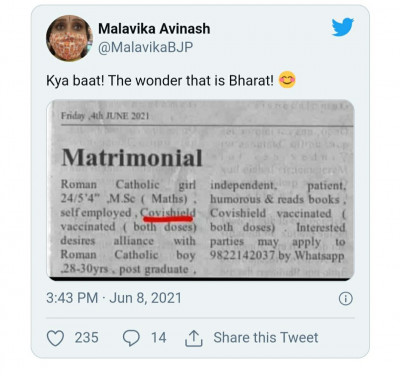 Oh ok. So many celebrities had circulated it...

A photo of an alleged matrimonial ad that says that a fully vaccinated Roman Catholic woman is looking for a groom who has taken “both doses” of Covishield was shared by Congress MP Shashi Tharoor.

Tharoor’s tweet made it to the Hindustan Times newsletter.

The viral matrimonial ad was created on a newspaper clipping generating website called fodey.com. The website gives users the option to write a story, give it a headline, name the newspaper and change the date. We have juxtaposed the viral clipping (left) with a clipping manufactured by Alt News (right). If one notices carefully, the third column of the report has the same words. This is the part that is uneditable and confirms that the clipping is not genuine.

According to The Indian Express, the ad was created by Savio Figueiredo from Aldona, Goa to encourage people to get vaccinated. He had also shared the number of the vaccination centre in Aldona and informed about the revised gaps to take the second dose of Covishield.

Talking to The Indian Express, the 58-year-old said: “I created the ad with the intention of encouraging people to take the vaccine and posted it on my Facebook page. Someone got the bull by the tail, thought it was real, and now it has gone viral.”

A spoof matrimonial ad created on a website was thus believed to be true. Unlike Figueriredo’s good intentions, the same website has also been used to target opposition leaders Wayanad MP Rahul Gandhi and Delhi CM Arvind Kejriwal.