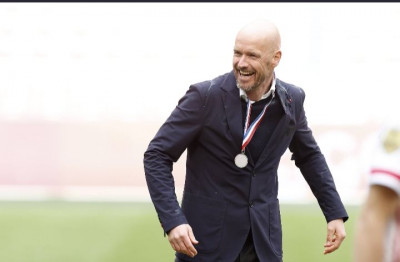 It’s safe to say that Erik ten Hag has turned more than a few heads with the job that he’s been doing over at Ajax over the past couple of years. He is considered by many to be the overwhelming favourite for landing the United job in the summer.

And he’s only ever lost one Champions League away game. 🤯