S Emergency rooms are a metaphor for squalor, as children describe their experiences

Why suicidal deaths have become common these days 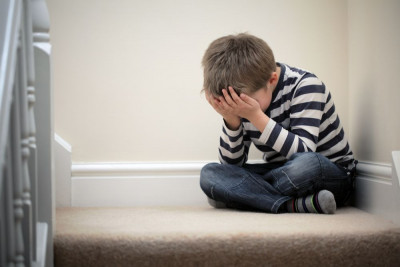 Why suicidal deaths have become common these days

Recent studies have shown that mental health disorders are surging among adolescents: In 2019, 13 per cent of adolescents reported having a major depressive episode, a 60 per cent increase from 2007. Suicide rates, stable from 2000 to 2007, leapt nearly 60 per cent by 2018.

In a time of crisis, when parents want to send their children to a better yet shielded space where they can prevent suicidal thoughts and attempts of killing, they feel disappointed.
The emergency rooms in the United States are appalling as most children say they don't get any help; instead, their urge to commit suicide intensifies amidst such an ambience. In addition, the facilities and the atmosphere of the rooms are depressing.

Children are disconnected from the outer world in the emergency rooms, and there's an observer to check on their actions 24/7.
Although these descriptions of Emergency Rooms seem to insinuate an environment conducive to preventing mental health, it is ironic that these things bring more dejection and depression to children than helping them recover.

The emergency department “is just a collection of rooms where patients are expected to stay and comply with rules,” said Lyndsay Gaffey, director of patient care services at Children’s Hospital Colorado. In the inpatient ward, she said, the aim was to stabilise patients by having them work through trauma and receive therapy and interaction.

The idea of sending their suffering children to Emergency Rooms doesn’t seem valid for most parents as their health has mainly deteriorated. So the least that can be done to protect children from such an environment is to change the conditions of Emergency Rooms and make them more friendly.