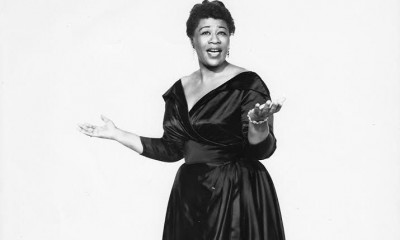 Ella Jane Fitzgerald was an American jazz singer and one of the most influential jazz singers of all time. Popularly known as the ‘First Lady of Song’, she carried the dream of becoming an entertainer from a young age and entered an amateur contest at Harlem's Apollo Theater in 1934.

She not only wowed the audience with her voice but also won the first prize of $25. After she met drummer and bandleader Chick Webb, she started singing in his group. Her song ‘A-Tisket, A-Tasket’ became her first No. 1 hit in 1938, followed by her second hit, ‘I Found My Yellow Basket’, co-written by her.

After Webb's death, Ella became the leader of the band, which she renamed Ella Fitzgerald and Her Famous Orchestra. While her career took off in 1946, it attained its peak in the 1950s and 1960s, when she earned the title of the ‘First Lady of Song’ for her unprecedented popularity and vocal talents.

Her ability to mimic instrumental sounds and her vocal impromptu scatting became her signature techniques. She made history by winning a Grammy Award in 1958, the first won by an African-American woman. Throughout her career, she recorded over 200 albums and more than 2,000 songs and sold more than 40 million albums.

She has won a Presidential Medal of Freedom, National Medal of Arts and 14 Grammy Awards. That to me would make a unique person. She was also called the First Lady of Song, Queen of Jazz, and Lady Ella. She sang with Louis Armstrong, Duke Ellington and The Ink Spots all famous and well known in musical circles. She is also well known as a singer who sang a note that shattered glass. She is the favourite of many and one of the most talented singers ever!