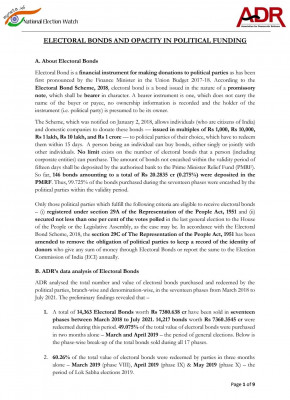 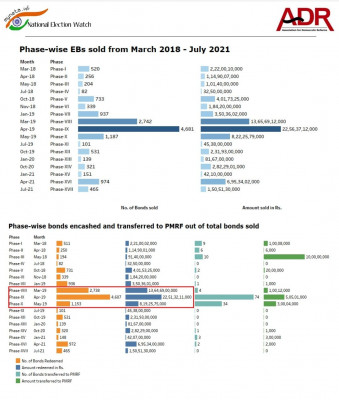 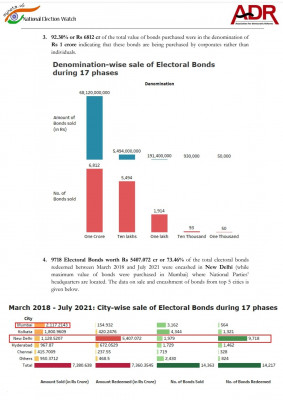 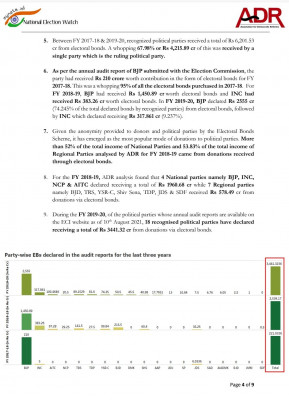 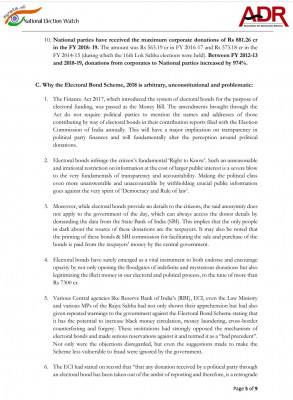 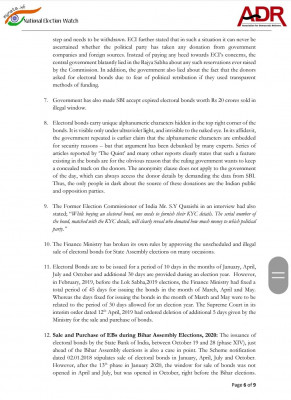 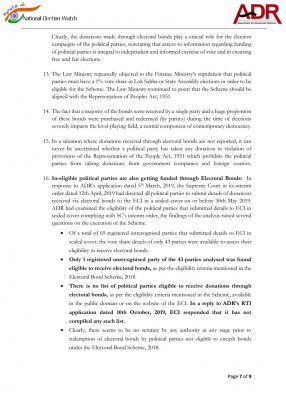 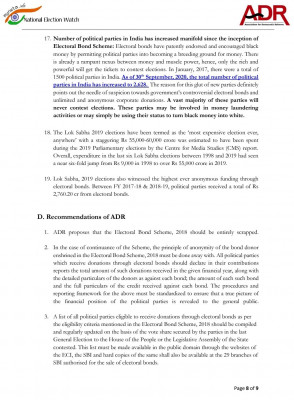 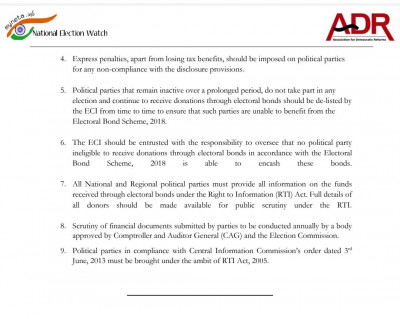 About Electoral Bonds - Electoral Bond is a financial instrument for making donations to political parties as has been first pronounced by the Finance Minister in the Union Budget 2017-18. According to the Electoral Bond Scheme, 2018, electoral bond is a bond issued in the nature of a promissory note, which shall be bearer in character.

A bearer instrument is one, which does not carry the name of the buyer or payee, no ownership information is recorded and the holder of the
instrument (i.e. political party) is presumed to be its owner.

The Scheme, which was notified on January 2, 2018, allows individuals (who are citizens of India) and domestic companies to donate these bonds — issued in multiples of Rs 1,000, Rs 10,000, Rs 1 lakh, Rs 10 lakh, and Rs 1 crore — to political parties of their choice, which have to redeem them within 15 days.

A person being an individual can buy bonds, either singly or jointly with other individuals. No limit exists on the number of electoral bonds that a person (including corporate entities) can purchase. The amount of bonds not encashed within the validity period of fifteen days shall be deposited by the authorised bank to the Prime Minister Relief Fund (PMRF).

Thus, 99.725% of the bonds purchased during the seventeen phases were encashed by the political parties within the validity period.

Only those political parties which fulfill the following criteria are eligible to receive electoral bonds
– (i) registered under section 29A of the Representation of the People Act, 1951 and (ii)
secured not less than one per cent of the votes polled in the last general election to the House
of the People or the Legislative Assembly, as the case may be.......

To reach all ADR reports on Electoral Bonds please visit -